Good cholesterol is not problem but white sugar is 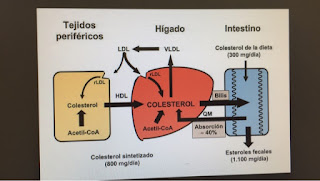 *Cholesterol* is finally officially removed from Naughty List. The US government has finally accepted that *cholesterol* is not a _nutrient of concern_. *doing a U-turn* on their warnings to us to stay away from high-cholesterol foods since the 1970s to avoid heart disease and clogged arteries.

This means eggs, butter, full-fat dairy products, nuts, coconut oil and meat have now been classified as *safe* and have been officially removed from the _nutrients of concern_ list.

The US Department of Agriculture, which is responsible for updating the guidelines every five years, stated in its findings for 2015: "Previously, the Dietary Guidelines for Americans recommended that cholesterol intake be limited to no more than 300 mg/day.

"The 2015 DGAC will not bring forward this recommendation because available evidence shows no appreciable relationship between consumption of dietary cholesterol and serum (blood) cholesterol, consistent with the AHA/ACC (American Heart Association / American College of Cardiology)

The Dietary Guidelines Advisory Committee will, in response, no longer warn people against eating high-cholesterol foods and will instead focus on sugar as the main substance of dietary concern.

US cardiologist Dr Steven Nissen said: _It's the right decision_. _We got the dietary guidelines wrong. They've been wrong for decades_."

When we eat more foods rich in this compound, our bodies make less. If we deprive ourselves of foods high in cholesterol - such as eggs, butter, and liver - our body revs up.

The Real Truth about Cholesterol. The majority of the cholesterol in you is produced by your liver. Your brain is primarily made up from cholesterol. It is essential for nerve cells to function.

Cholesterol is the basis for the creation of all the steroid hormones, including estrogen, testosterone, and corticosteroids.

*High cholesterol in the body is a clear indication which shows the liver of the individual is in good health.*

Dr. George V. Mann M.D. associate director of the Framingham study for the incidence and prevalence of cardiovascular disease (CVD) and its risk factors states:
_Saturated fats and cholesterol in the diet are not the cause of coronary heart disease. *That myth is the greatest deception of the century, perhaps of any century*_

So you can stop trying to change your Cholesterol level. Studies prove beyond a doubt, cholesterol doesn't cause heart disease and it won't stop a heart attack.

*The majority of people that have heart attacks have normal cholesterol levels.*

OUR BODY NEEDS 950 mg OF CHOLESTEROL FOR DAILY METABOLISM AND THE LIVER IS THE MAIN Producer. ONLY 15% OF CHOLESTEROL IS BEING DONATED BY THE FOOD WE EAT.

If the fat content is less in our food we eat, our liver
Got to work more to maintain the level at 950 mg.

*If the cholesterol level is high in our body, it shows the liver is working perfect.*

Experts say that there is nothing like LDL or HDL.
…………..
….. *Cholesterol is not found to create block any where in human body*.

You are consuming cancerous vegetable oil.

All these cooking oils are processed to death with chemical solvents, steamers, neutralizers, de-waxers, bleach and deodorizers before they are bottled. If you read the label of any of these oils, you will find the quantities of carbohydrates, protein, fats, sodium etc. and their daily value percentage. But have you been told that this so-called vegetable oil which according to a US health authority, is fit for human consumption, also has very dangerous and toxic ingredients which have been used to process this product? No. Why? What you have not been told is that the “solvent” used to extract the oils is the Neurotoxin Hexane and it's literally bathed in it.
Hexane is a cheap by-product of gasoline production that is a serious toxic air pollutant. A lot of Hexane residue is left behind in the oil and guess what, the FDA does not require food manufacturers to test before residue! Residue tests done by the Cornucopia Institute in 2009 found Hexane residues in soybean oil. This is not limited to soybean oil, all vegetable oils (excluding coconut oil) have hexane residue in them. So including me, all of you have been eating hexane and feeding it to your loved ones too, all in the name healthy choices.
So one might ask “what about cold pressed oils”?
Although this traditional way of making oil is much healthier than Hexane, the big oil manufacturers don’t like the method because it is less effective (less oil is made) andmore expensive. The expeller pressing process can cause a lot of heat and make the oil go rancid, so some companies take it a step further and “cold” press their oils at no more than 26.66ºC to 48.88ºC. The term cold pressed is quite well-regulated in Europe but not very well regulated in the US and “cold pressed” oils could technically be made at high temperatures. In Asia, this regulation is pretty much non-existent.
Rapeseed oil has a lot of Erucic acid, which was known to cause Heart disease so they gave it a fancy new name of Canola. Canola oil still has good amounts of Erucic acid(more than 2%). In 1995, production of genetically engineered (GMO) rapeseeds began to be resistant to herbicides, and now almost all canola and soybean crops in North America are GMO. Most countries in Asia are generally following that path.
GMO Rapeseeds are heavily treated with pesticides. These are heated to unnaturally high temperatures that they oxidize and are rancid before you even buy them.
They are processed with a petroleum solvent, Hexane, to extract the oils. Then they are heated even more and some acid is added to remove any nasty wax solids that formed during the first processing. Then the oil is treated with more chemicals to improve colour. Unlike coconut oil and olive oil, these newly fangled oils have been extracted in the most unnatural ways.
At the turn of the 20th century, the amount of vegetable oils being consumed was practically zero. Today the average amount of consumption is 70 lbs a year, per person. You do not have to cook in these oils to consume them, they are in every conceivable processed food. Condiments, ketchup, health bars, chips, cereals… you name it and it has it.
I have a very simple attitude towards food, if a human packed it, don’t have it. Do not buy processed foods, make your own, fresh, from scratch. The excuse of time is basically cheating on yourself.
So why are these oils so dangerous you might ask? Okay, let me try to concise and simplify this explanation as much as I possibly can.
You need to have a ratio of Omega 6 to Omega 3 fatty acids to get optimum benefits. It is absolutely essential for your body to get these fatty acids from your diet but it must get them in a certain balance. When the balance of Omega 6 and Omega 3 is off, things can go horribly wrong.
Polyunsaturated fats tend to react with oxygen which can cause chain reactions damaging other structures and even vital structures like DNA. These fatty acids tend to sit in the cell membranes, increasing harmful oxidative chain reactions. Excessive consumption of vegetable oils leads to actual structural changes within our fat stores and our cell membranes. Eicosanoids, the signalling molecules made from enzymatic oxidation of Polyunsaturated fats, are pro-inflammatory and those made from Omega 3 are anti-inflammatory. Having a diet high in Omega 6 and low in Omega 3 is then a recipe for unimaginable disaster. Simplify it further and you get this – a diet comprising of vegetable oils (whether used directly in cooking or thru processed foods) will make you miserably sick and a diet with Ghee or coconut oil (without any processed food whatsoever) will keep your balance, mostly towards healthy.

Heart disease
Obesity
Metabolic Syndrome or pre-diabetes
type 2 Diabetes
Irritable Bowel Syndrome and Inflammatory bowel syndrome
Macular degeneration (eye damage and blindness)
Rheumatoid arthritis
Asthma
Hypertension
Psychiatric disorders
Autoimmune disease
Reproductive disorders
Low birth rate
Hormonal disorders
Kidney and Liver damage
Infertility
Cancer
I’ve not covered all of them, this is just the tip of the iceberg. Please banish these oils completely from your home: Canola oil, Soybean oil, Vegetable oil, Sunflower oil, Safflower oil, Peanut oil, Corn oil, Cottonseed oil, Grapeseed oil, Margarine, Shortening, any fake butter substitute.
Understand that if these oils are actually beneficial for anyone then its only the oil manufacturers, that’s it!
So what should you have instead? Indians please go back to your celestial blessing – Ghee.
The rest of you can get organic unrefined virgin coconut oil for cooking with heat and organic Olive oil as a cold additive to your foods.
By Pradeep Singh at December 03, 2017 3 comments: